May the Fourth be with You

If you are Star Wars Geek like me you now that May Fourth is Star Wars day, it is opportunity to go to many events related to Star Wars or buy cool collectibles with discount prices. I prepared this post for you with deals and events worth going. 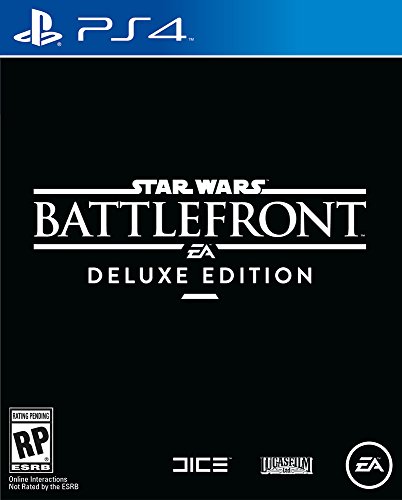 Pre-order Star Wars™ Battlefront™ and on December 1st, 2015, be among the first players to experience the Battle of Jakku*, the pivotal moment when the New Republic confronted key Imperial holdouts on a remote desert planet in the Outer Rim. Taking place in the aftermath of the Rebel victory in the Battle of Endor, players will experience the events that created the massive, battle-scarred landscape of Jakku shown in Star Wars™: The Force Awakens™. Players who pre-order Star Wars Battlefront can fight the battle one week early. All other players will get access to this content on December 8th, 2015.

Join the Jedi Knights on an epic journey to defeat the evil Empire. The saga begins with Anakin Skywalker’s descent to the dark side as he transforms into Darth Vader. The story continues as Luke Skywalker leads the fight for freedom. Purchase also includes bonus features, available to watch in Your Video Library.

After purchasing the bundle you will have access to feature length documentaries, trailers and deleted scenes, plus digital-only bonus features, including interviews with cast and crew, and rare behind-the-scenes footage. The bonus features will be available in Your Video Library.

Frank is an expert computer service man who seek to share his knowledge by writing various articles about computer, peripheral and other tools. He is inspired to make blog to share information that most clients inquire him evry day. He also loves playing HD games such as Planetside 2, Dota, Hawken and more.