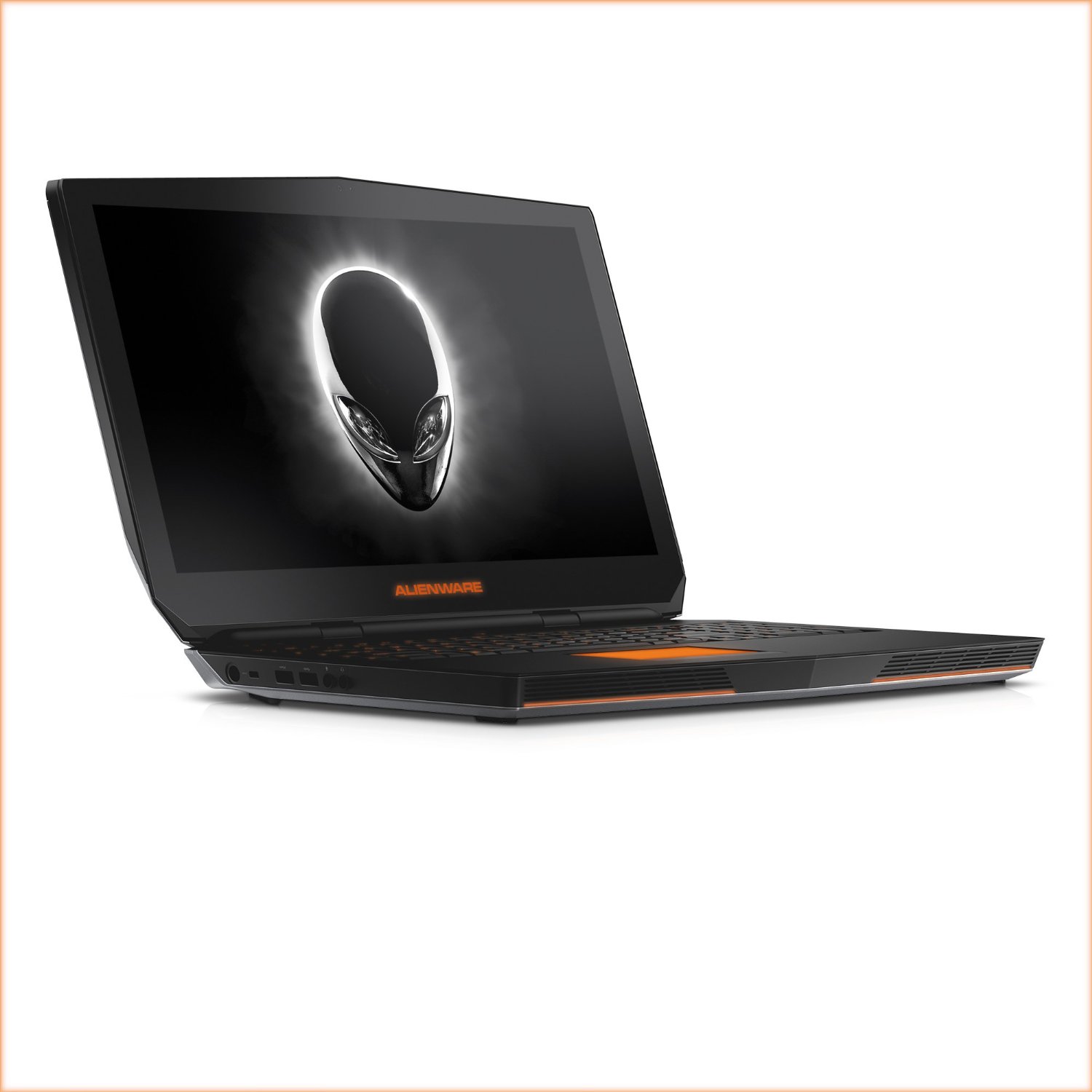 “ALIENWARE” is a series of laptops by DELL designed to provide an out of the world gaming experience. Alienware 17 ANW17-2143SLV 17.3-Inch Laptop (with a pricing below 1500$) is the new addition to this family. It has Intel Core i7 4710 2.5 GHz Processor and NVIDIA GeForce GTX 970M Graphics Card, 8 GB DDR3L SDRAM Memory,1000 GB Hard Drive and 17.3 Inch FHD Non-Touch Display. It is a powerhouse for hardcore gaming and lets you run most games at high frame rates.

Quad core Intel i7-4710HQ Processor clocked 2.5GHz has been used for the CPU a powerful processor which is a standard in majority of the gaming laptops in the present day.

NVIDIA GeForce GTX 970M with 3GB GDDR5 RAM is the graphics processor provided on the laptop .It is very powerful GPU and the best you can get in this price range.

The laptop is provided with 8GB DDR3 RAM sufficient for good gaming but could use more.

The combination will provide you massive power with which you can game at 30-60 fps on high settings. It could use SSD disk or SSD cache but you can’t have everything for that price.

The laptop supports a 17.3 inch FHD (1920 x 1080) Anti-Glare 300-nits Display. The screen has good colour reproduction with good viewing angles. The matte anti-glare coating on the display will provide you a good outdoor gaming experience. 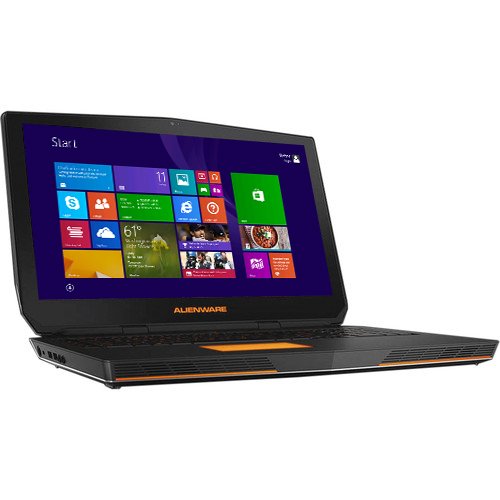 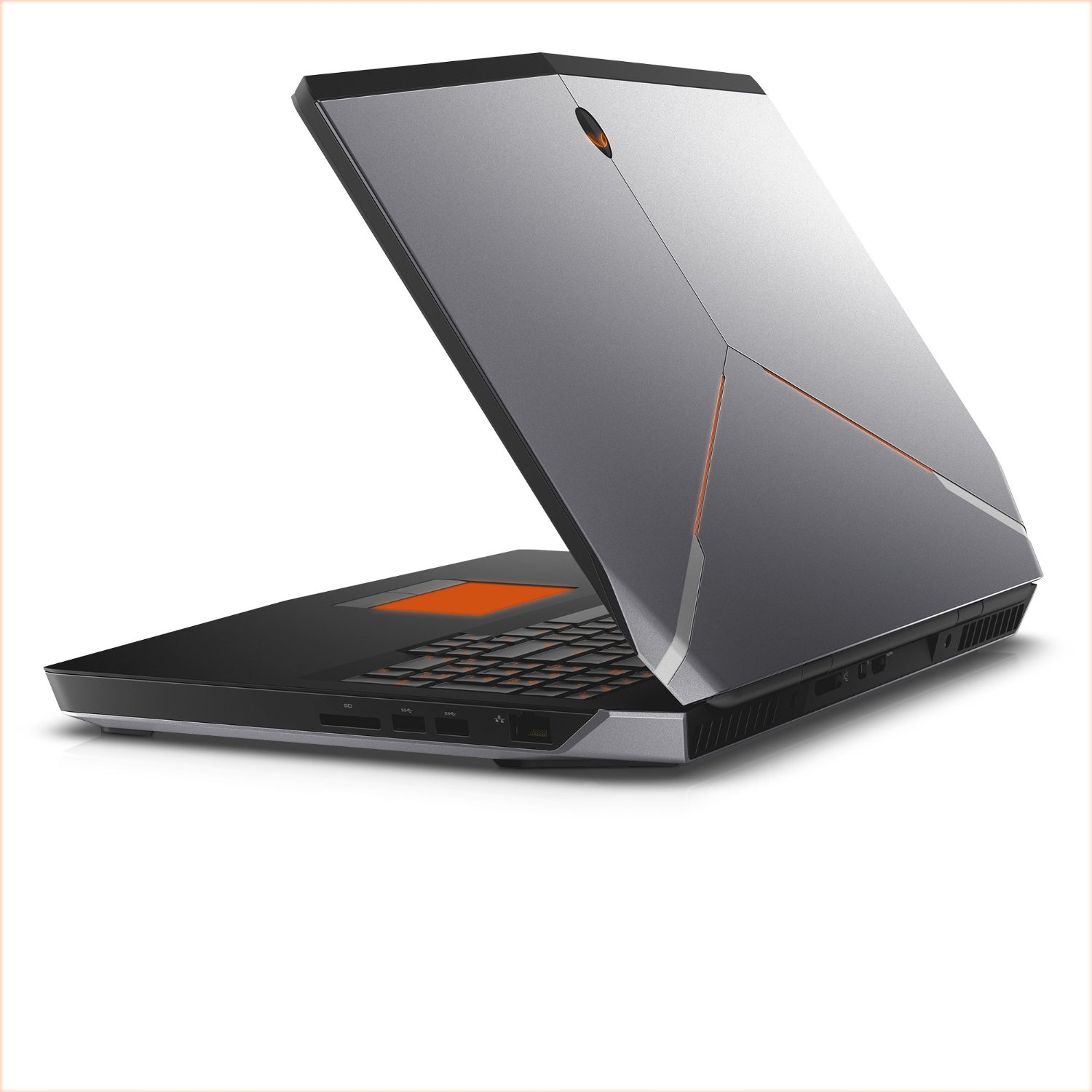 Dell has incorporated 2 speakers in the front and a subwoofer at the bottom of the laptop. When tested the speakers were loud and good for gaming. The subwoofer does enhance the sound a tiny bit but no great variations are observed.

The main attractions of the laptop are the lights. The keyboard is backlit and you can create custom lighting and special effects to suit your unique gaming style. The keyboard built is quite sturdy when compared to the older models. The laptop is provided with a backlit track pad as well.

The left hand side you have the charging port, 2 usb 3.0,a microphone jack and a headphone jack. 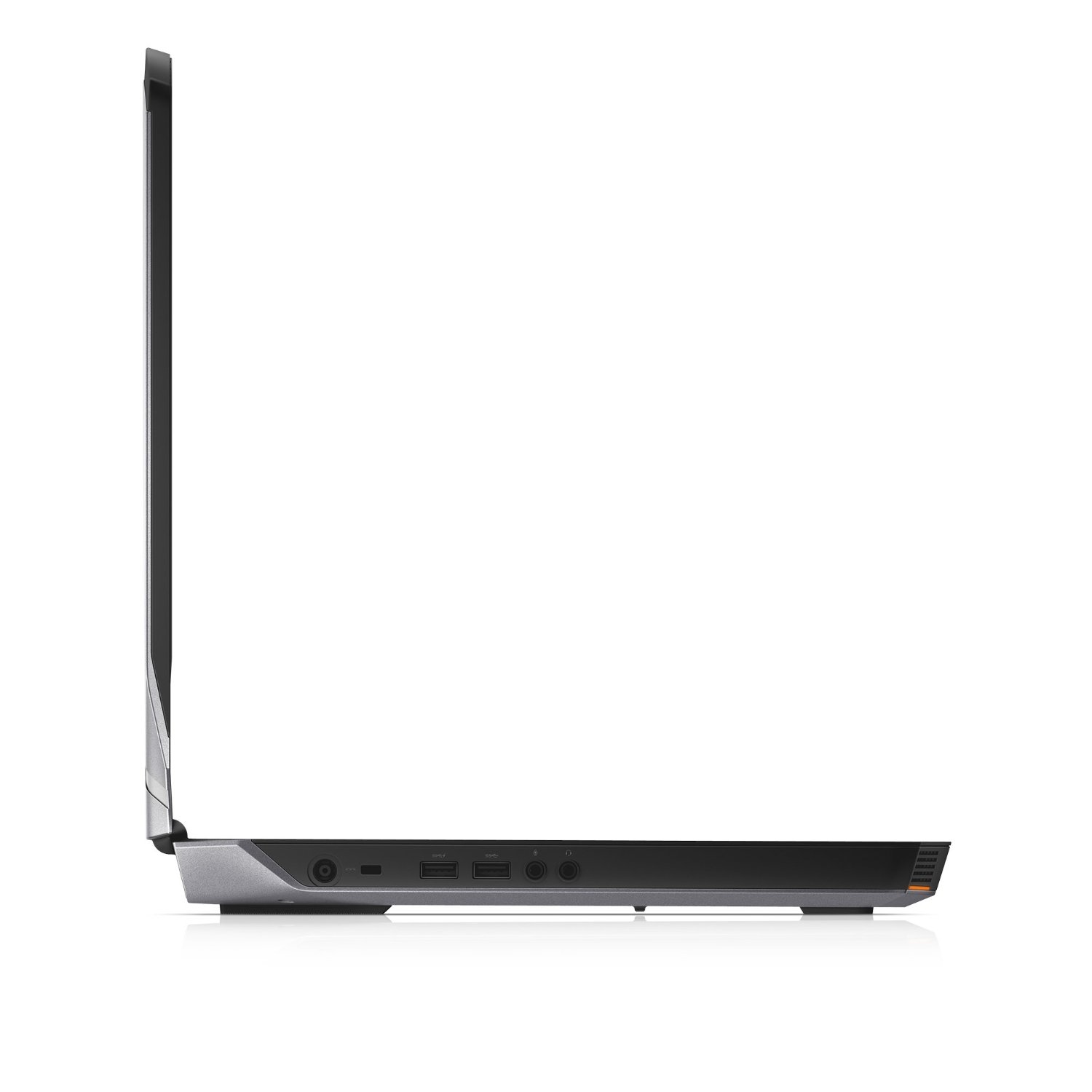 The right hand side of the laptop you have the SD card slot, 2 USB 3.0 and an internet port. 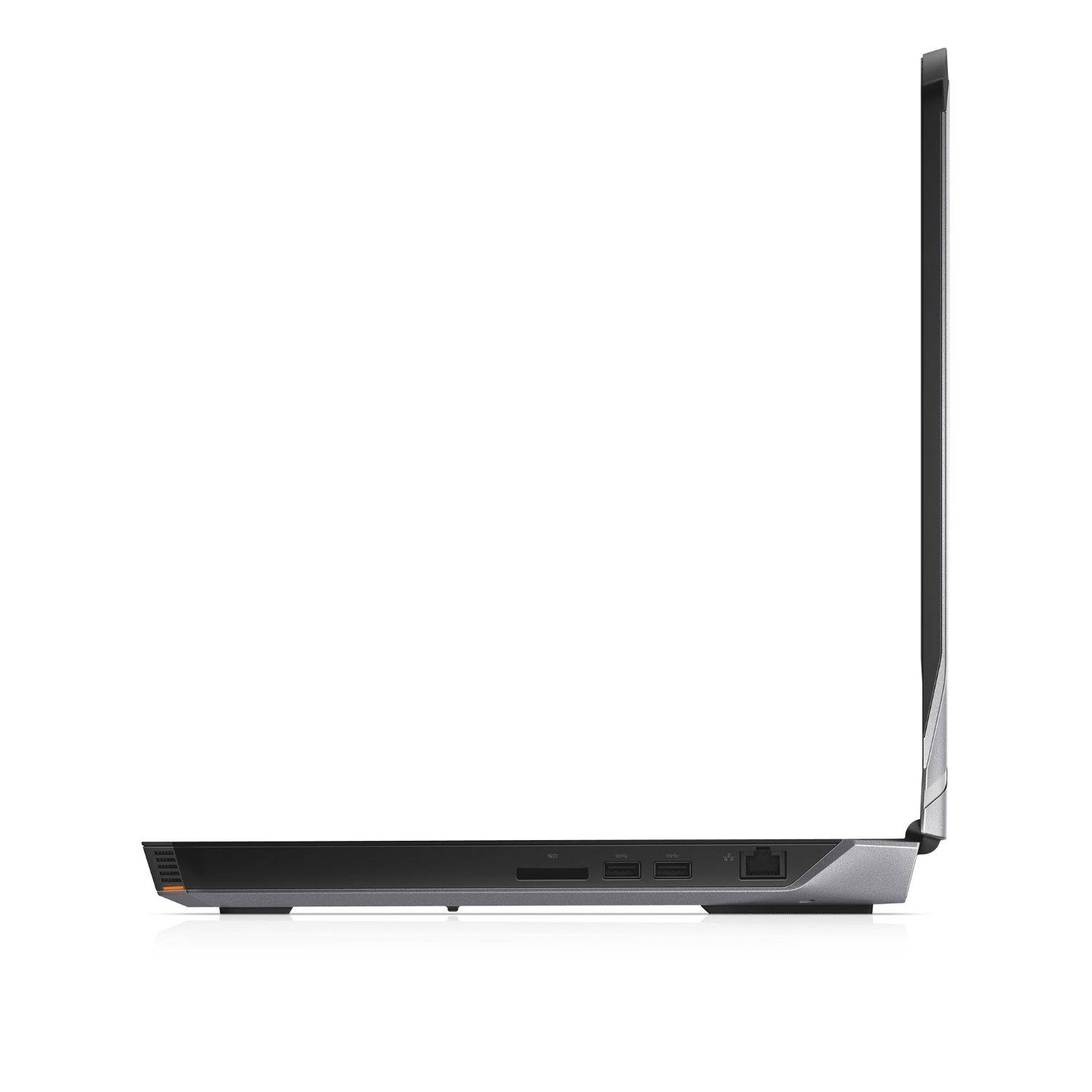 It supports 8 Cell 92W Hour Battery. While not gaming the battery will last you for 4 hours and while gaming one hour. 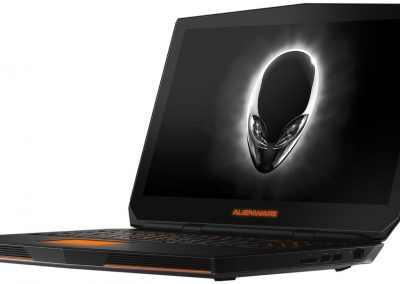 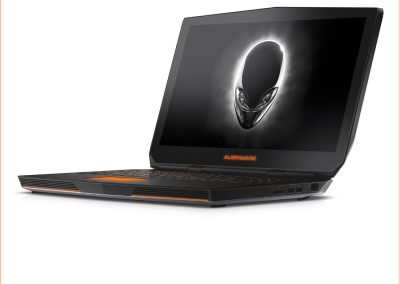 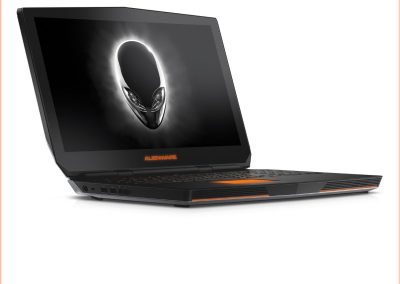 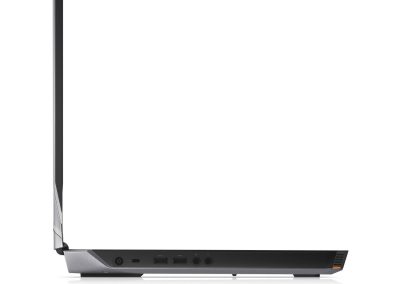 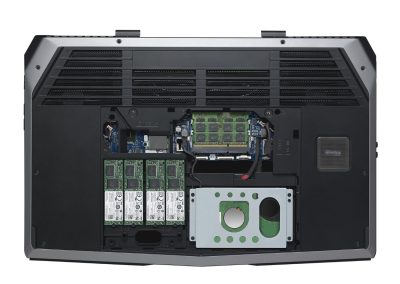 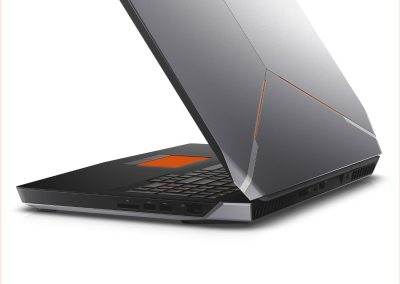 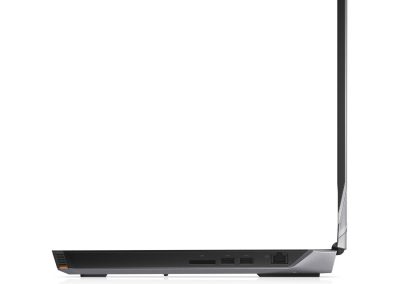 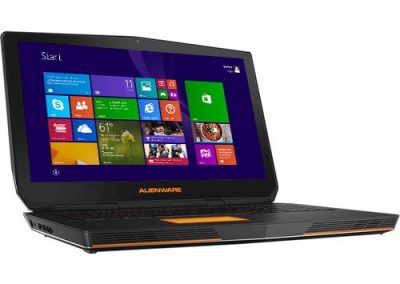 The grey metallic finishes of the top with the alienware logo inscribed gives the notebook a very futuristic appearance. The lights on top and front side of the laptop add to the appearance. The laptop has a very sturdy built. The laptop is a little thick but sleeker when compared to the previous models.

The laptop doesn’t produce noise on the light usage but using graphically intensive games there is a considerable amount. This however would not be an issue with use of headphones.

With the monstrous specs that it holds there no surprise with the device heating up. On large amount of gaming the laptop does produce high temperature values but for light to normal usage not so much.

Beastly specs with a massive screen alienware 17 are a true gamer’s laptops.